The GT Commonwealth PAC seeks a Pennsylvania Legislature dominated by a super-majority of pro-energy, pro-life, pro-business and pro-ag Republicans.

We want to be part of bringing that vision about by gathering funds and strategically deploying money and campaign resources in key state-wide, legislative and local elections. At the same time, we are actively identifying, recruiting, and equipping the next generation of elected officials.

Some of the unique selling points for the GT PAC include:

The Greater Tomorrow (GT) Commonwealth PAC is born out of Congressman ‘GT’ Thompson’s desire to support state leadership and move Pennsylvania forward on efficient and effective government guided by conservative principles. We want to maintain and grow unity within elected officials of the 5th District and the Republican majority overall.

Thank you for your interest, and if you’re committed to our vision, would you please consider donating to the PAC? The information can be filled out here online, or sent to PO Box 73, Spring Creek, PA 16436.

Born in New Haven, Connecticut in 1749, educated at Yale and studied law at the Middle Temple in London, Jared Ingersoll underwent a transformation in his thinking that ultimately to his support for American Independence and settling in his adopted home state of Pennsylvania. When the revolution began to foment in the colonies, Ingersoll’s father suggested he continue his studies in London to avoid war and the fever of rebellion.

His time in Europe altered his view of the events at home. While it is unclear what specifically changed his mind, his actions show the shift in his thinking: in 1778, he arrived in Philadelphia. While in Philadelphia, he quickly raised his profile as an attorney. By 1780, Ingersoll had so successfully established himself as a man of good repute with his fellow citizens that they elected him to serve in the Continental Congress.

After the war, Ingersoll would go on to serve as a Pennsylvania delegate to the Constitutional Convention. While he initially supported merely revising the Articles of Confederation, Ingersoll would eventually sign the new Constitution. During the proceedings, he rarely participated in formal debate, but his reputation and integrity were never in question. William Pierce, a leading delegate from Georgia, observed that “Mr. Ingersoll speaks well, and comprehends his subject fully.”

A merchant, real estate investor, land speculator, and educator, Thomas Fitzsimons was born in Ireland, settling in Pennsylvania around the time he was 19 years of age. Shortly after, he became a successful businessman in Philadelphia, eventually marrying the daughter of a prominent merchant and establishing a partnership with his brother-in-law.

From the very early stages of the revolutions, Fitzsimons was an avid supporter of American independence. During the war, he commanded a company of Pennsylvania militiamen. His business not only helped supply the military and his militia, but also made a considerable donation to the Continental army of £5,000. Fitzsimons also sat on the Philadelphia Committee of Correspondence and the Navy Board. He was a humble, but true patriot.

Fitzsimons began his political career in the lower house of the Pennsylvania Legislature and eventually served as a delegate to the Constitutional Convention. He was a fierce nationalist but remained a reserved figure in the debates, speaking very little, but remaining a steady presence. Many fellow delegates held him high esteem, one noting that was “a Merchant of considerable talents” and spoke “very well” in the Pennsylvania Legislature.

He served three terms in the House of Representatives, beginning in 1789, one of the first congressmen from Pennsylvania. After 1795, Fitzsimons returned to private life, concentrating his energies in trade and business. Until the end of his life, he remained a steady contributor to his local Roman Catholic Church, a supporter of public education, and a trustee of the University of Pennsylvania.

Born in 1739, George Clymer was a proud son of Philadelphia. Tragically, he was orphaned in 1740 until his uncle raised Clymer as his own. His uncle served as both his teacher and mentor. Clymer eventually rose from a clerk to a partner in his uncle’s mercantile business. Upon his uncle’s death, Clymer inherited the whole firm. Later Clymer married Elizabeth Meredith in 1756, in a union both practical and personal as Clymer merged his business with that of his father-in-law’s, a senior partner at a rival firm.

Economic liberty motivated his joining the Revolutionary cause and was one of the first to push for independence. British taxes and restrictions strangled his business endeavors and personal finance. His livelihood and those of his employees were being unfairly threatened. Clymer attended patriotic gatherings and urged others to join the cause.

In 1775 through 1776, he would put his considerable financial abilities to the service of his country, acting as one of the first two Continental treasurers, even personally underwriting the war by exchanging all his own specie for Continental currency.

Clymer also risked a great deal personally. In December 1776, Congress Philadelphia and relocated to Baltimore. Meanwhile, Clymer, George Walton, and Robert Morris remained behind to ensure a continuity to Congressional business. As the British army advanced on Philadelphia in the early autumn of 1777, they veered from their route for the sole purpose of vandalizing Clymer’s home in Chester County, twenty-five miles outside the seat of colonial government.

Additionally, he served for almost six years in the Pennsylvania legislature from 1780-1782 and 1784-1788. At the Constitutional Convention, he rarely missed a session and was a signer of the final document. He spoke little, but effectively. A fellow delegate observed, “He is a respectable Man, and much esteemed.”

Following the Convention, Clymer served as a Representative in the very first Congress from 1789-1791. In his retirement, Clymer Continued to serve his young country, hoping to enrich it culturally and civically. He advocated for a variety of community centered projects, which included the Pennsylvania Academy of the Fine Arts.

Gouverneur Morris was born in 1752 in the colony of New York. During the tumultuous years of the Revolutionary War, Morris was in integral member of the Continental Congress, dictating the terms Benjamin Franklin would use in Paris to shape the peace treaty that would end the war. While an ardent patriot during the years of the Revolution, Morris would go on to known for his towering presence and rhetoric in the Constitutional Convention.

During the proceedings, Morris, as a member of the Pennsylvania delegation, spoke more frequently than any other delegate, delivering a total of 173 speeches. These speeches transformed Morris into a leading political figure who advocated for a robust government and strong nationalistic sentiments. He was a fierce proponent for the correcting the vices of the Articles of Confederation and strengthening the rights of citizens under the Constitution.

Fellow delegate William Pierce observed that “Mr. Gouverneur Morris is one of the Genius’s in whom every species of talents combine to render him conspicuous and flourishing in public debate . . . No Man has more wit, nor can anyone engage the attention more than Mr. Morris.”

While Morris might be most well known for being the “Founder with the peg leg,” he ought to be remembered as a the author of the Preamble to the Constitution of the United States that asserted the ultimate sovereignty of “We the People” over the government as well as its offices and institutions.

A native of Byberry Township in Northeast Philadelphia, Benjamin Rush was prominent physician and leading supporter of American Independence. His commitment to civic engagement as well as the fields of medicine and chemistry made him, like Benjamin Franklin and Thomas Jefferson, the type of Renaissance man that made up much of the Age of Enlightenment.

He worked tirelessly to care for the first American soldiers despite the tough conditions they faced in the early years of the war, including the harsh winter at Valley Forge.

Rush was a signer of the Declaration of Independence and a delegate to the Pennsylvania state ratification convention for the proposed 1787 Constitution, voting in its favor.

Shortly after the Constitution was fully ratified, Rush was appointed treasurer of the United States Mint, serving from 1797–1813. He was also elected a Fellow of the American Academy of Arts and Sciences in 1788. As a physician, Rush was made a member of Pennsylvania Hospital in 1783, remaining on the staff until his death in 1813.

Historian H.W. Brands famously referred to Benjamin Franklin as the “The First American,” and it is difficult to imagine a more perfect description for perhaps the most celebrated and well-known Founding Father.

His story is well-known and legendary in its own right. His numerous accomplishments, beginning as a humble printer’s apprentice in Philadelphia were formative not only for himself, but also his country. His celebrity as an inventor, scientist, and writer were indispensable in negotiations with France and persuading that country to support American Independence.

In addition to his service as United States Minister to France from 1778-1785, Franklin also served as the very first Postmaster General, appointed by the Continental Congress.
He was a fierce advocate for independence, serving on the Declaration Committee with John Adams, Robert Livingstone, Roger Sherman, and Thomas Jefferson. He was a signer of the final document as well as the Constitution.

Despite all that can be said of Dr. Franklin, perhaps the most touching portrait of the man also reflects his idea of the nation he worked tirelessly to bring about. The very last entry James Madison recorded in his record of the Constitutional Convention noted that while the remaining few delegates signed the Constitution, Franklin looked:

towards the President’s Chair, at the back of which a rising sun happened to be painted, observed to a few members near him, that Painters had found it difficult to distinguish in their art a rising sun from a setting sun. I have, said he, often and often in the course of the Session, and vicissitudes of my hopes and fears as to its issue, looked at that behind the President without being able to tell whether it was rising or setting: But now at length I have the happiness to know that it is a rising and not a setting Sun.

Franklin lived to 84—a full life even by modern standards. He and his wife Deborah are buried at Christ Church in Philadelphia in his beloved Pennsylvania. 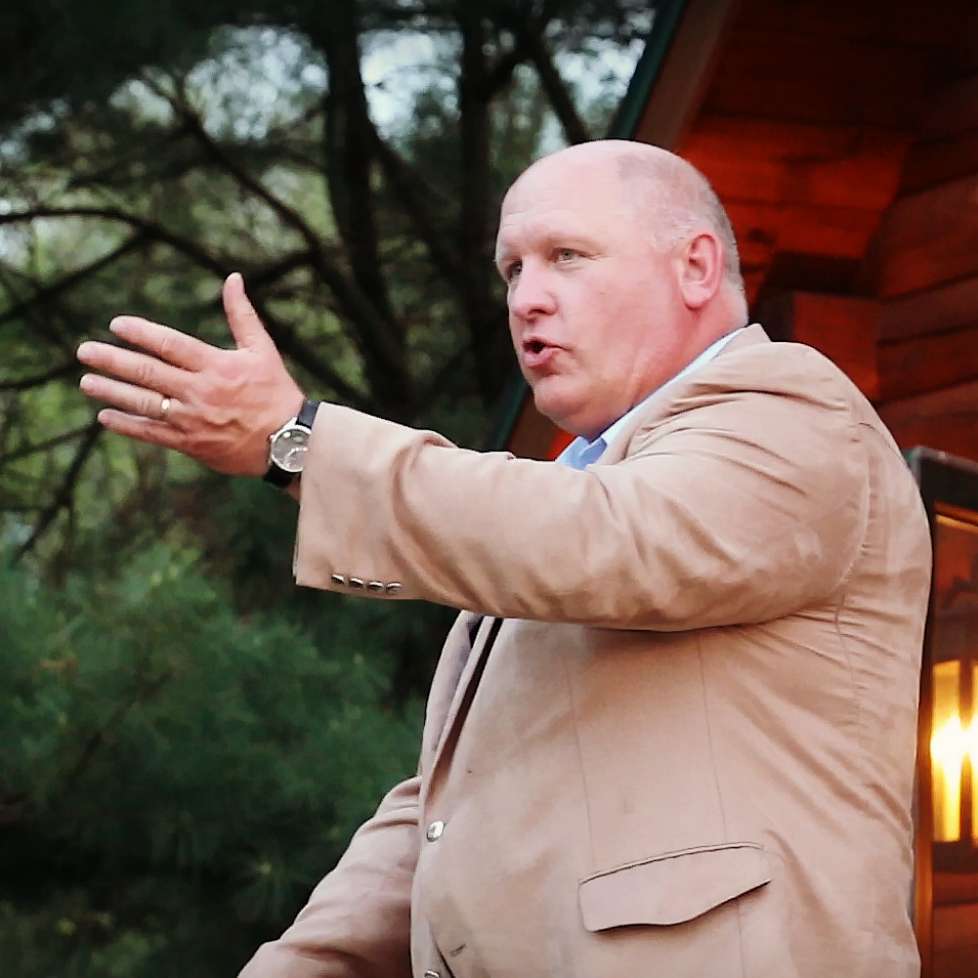 Please consider giving a donation to the GT Commonwealth PAC. We have a vision to fund winning conservative candidates for a brighter future here in Pennsylvania. Our mission to gather funds and deploy those resources strategically across the Commonwealth in contested races. We aim to support incumbent Republican State Legislators, identify vulnerable Democrats and work to unseat them, and help cultivate and equip the next generation of upcoming statesmen with the resources they need to get a foothold and win.

Thank you for supporting our efforts to bolster the Republican majority in Pennsylvania. Don’t hesitate to call us for more information.